RiotForum - "We come on an errand, seeking your wisdom."

My very first campaign in RM.

My very first campaign in RM.

Hello, so two days ago me and my friends fired up new campaign that takes place in Goleburg and its surroundings. It doesn't have name nor amazing story behind but i have loose idea how it suppose to go. First, we will focus on 'get to know better' with local powers like Troll Company and Diton (Merchant King). Later we will move to Hesslack forest to discover that gossips about Black Slayer victims returning to life are actually truth and finally we will explore Ruin Belt, behold Dead Master awakening and defend Goleburg against undead army from Cul'Oha and Hesslack in epic battle

Session started with adventurers (Dwarf Krozar and two humans named Feyd and Black Ramsey) drinking in Green Dragon Inn located vis-a-vis Idriss the Great statue. They were planning ambush on nefarious rogue Rilek (there was bounty on his head) hidden in his hideout nearby Goleburg. Among other customers were two surly Trolls from the Company and a group of local younglings with mighty Markus who just passed first three fights in pits and next day was going to win fourth. Adventurers decided to drink and prank a bit with him and his friends, they even decided to support Markus next day and as they promised they did. After all Markus won fourth fight (beated to death some cunning vagabond) and adventurers could focus on their own task. So they left Goleburg and rushed to Rilek's hideout. There was a small fight in the ruins against Harpies that used to serve hunted rogue as a guards and finally they catched Rilek himself (after passing few nasty traps). Unfortunatly for them Rilek had ace in sleeve. Sharp dagger at the girl's throat. He said he would kill her if they won't let him go. The girl was young beauty and adventurers had no idea who is she. Nevertheless they let Rilek go and saved her life. Situation started to complicate when they realise that the girl was Diton's missing daughter - Charlotte and she wasn't greatful for rescue. Actually she was pretty disapointed that adventurers found her and was a bit nasty for them but decided to go back to her father together. Among Rilek's stuff adventurers found his journal with location of his private cache in Hesslack forest and a coffer with a silk scarf wrapped around a perfume bottle (Black Ramsey used them immediately

) inside. At this point we stopped first session. I hope you had fun to read this report. Cheers!

ps. sorry for my english 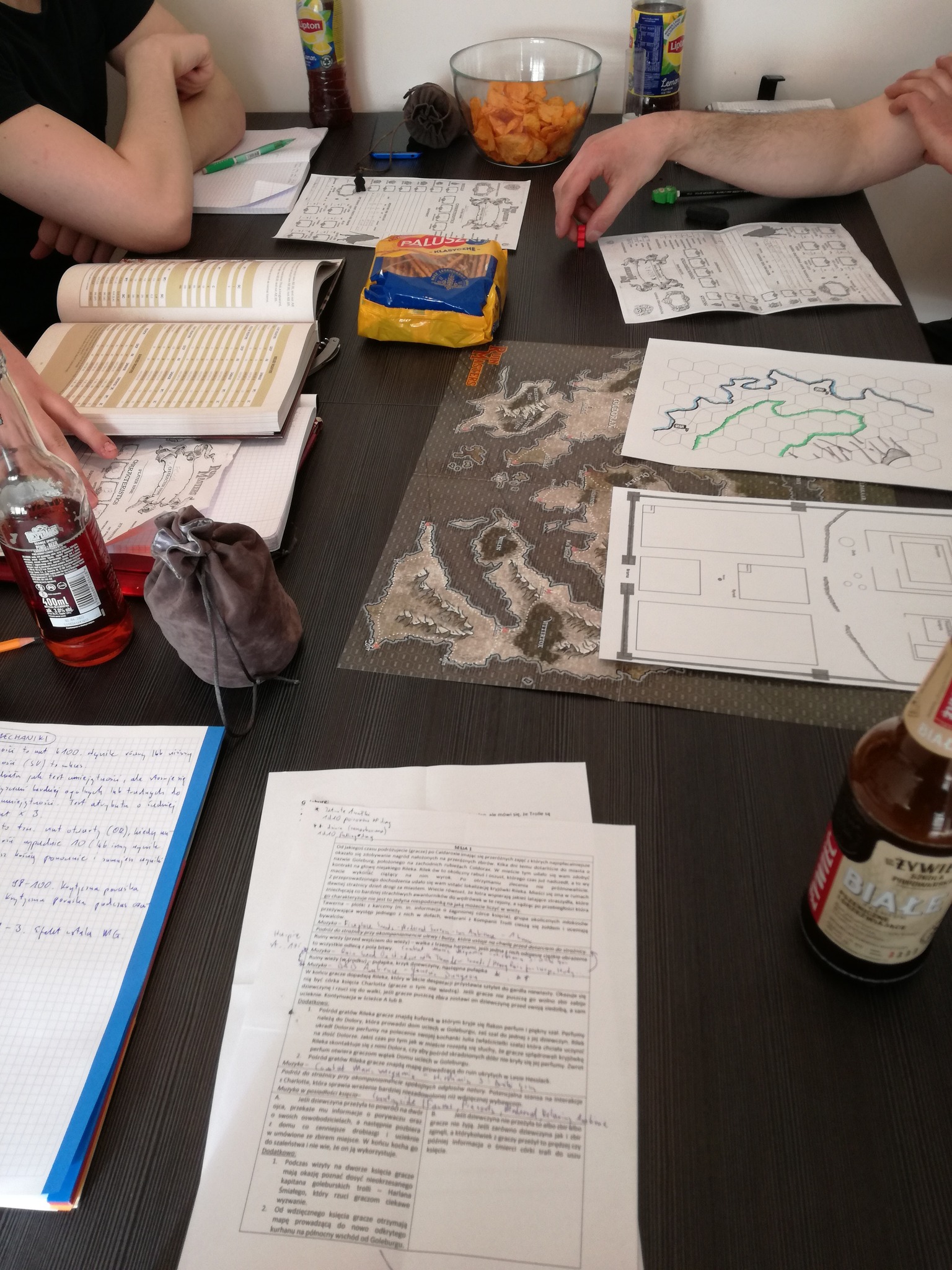 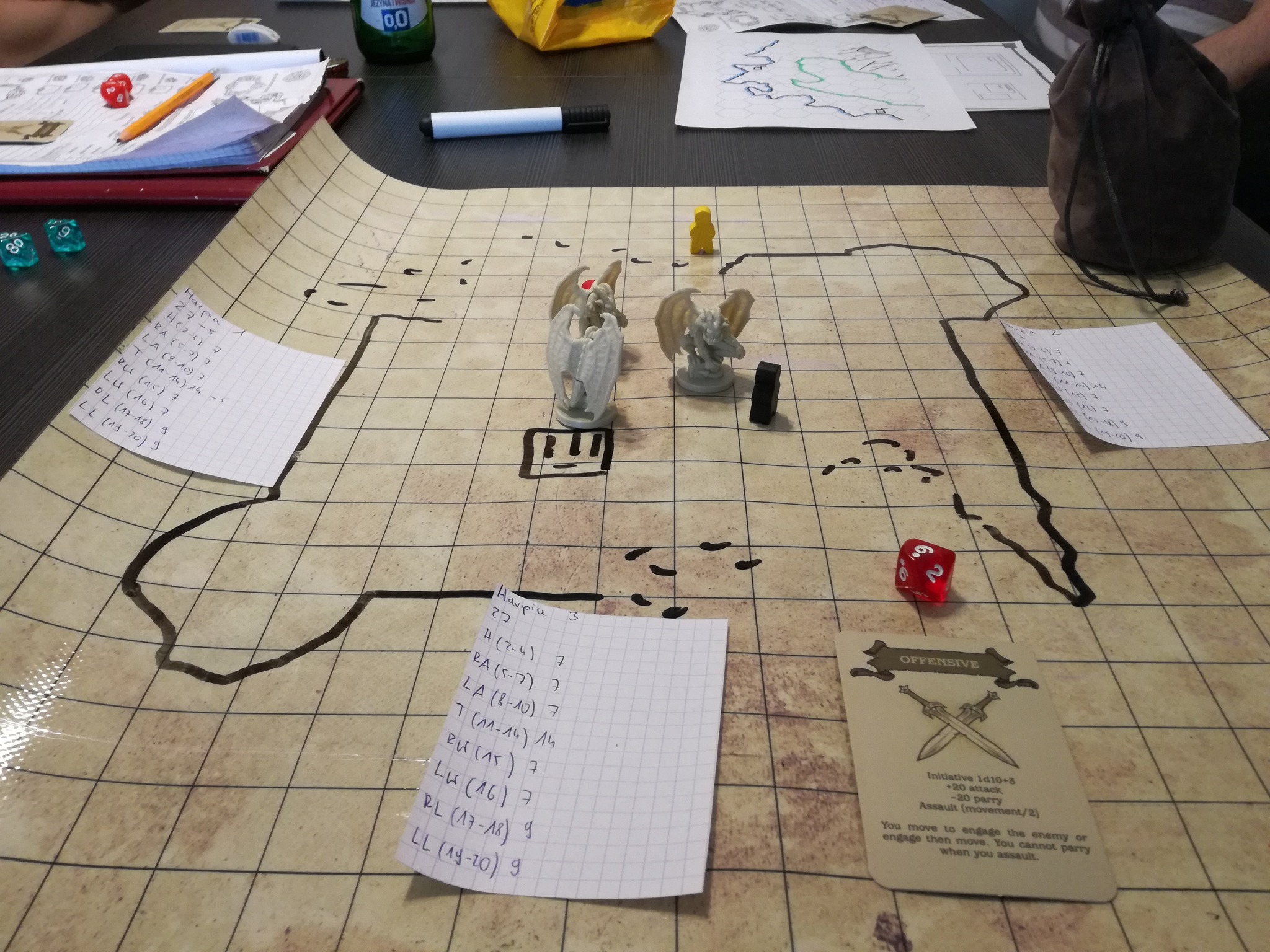 Re: My very first campaign in RM.

Be very welcome @Manero.
It is wonderful to have you here.
And it was wonderful to read about your session.
So great to read and feel the joy and the passion that comes with a RPG adventure that is shared with friends and now with us through written words and pictures.
Top

Re: My very first campaign in RM.

Always great to hear and see how others play their games